Two smiling girls shyly showed their mark sheet. They had cleared their P.A. exams with 75% and 72%.  At a very basic level, the difference between a PA and a nurse is that a physician assistant is trained to diagnose and treat medical illnesses, although under the supervision of a physician, while a nurse primarily provides nursing, or bedside care. 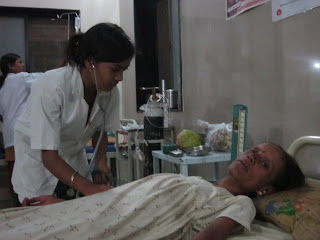 One of the girls (aged 18) had come to Snehalaya 6 years ago after the death of her mother. She has a younger brother who also lives at Snehalaya. Her dad was not able to take care of the kids after his wife’s death and as a result handed over the children to Snehalaya. He regularly comes to visit the kids. They were tested HIV+ after coming here. She enjoys dancing and writing in English. Her aim is to pursue further education and secure a good and stable job.


The other girl (aged 17) came to Snehalaya in 2009. She has an elder sister who is married now and a younger brother who lives at Snehalaya. Her parents died due to AIDS. After that, her brother and she were rehabilitated at Snehalaya. She enjoys Indian art forms like rangoli and mehndi. Her aim is to work at Snehalaya for the unprivileged people. 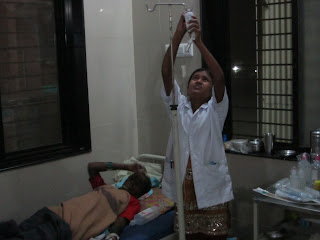 These girls are unique. In spite of being HIV+ and coming from a poor background they have worked diligently. Both of them are happy and have dreams and hopes which they are eager to fulfill.
Posted by Snehalaya at 11:34 PM