Posted by Snehalaya at 11:46 PM No comments:

Snehalaya held a candlelight vigil & a march here demanding justice for the 23-year-old gang-rape victim who passed away yesterday. Snehalaya's girls, women, activists, along with villagers of Nimblak held the joint march at Nimblak Village Dist. Ahmednagar.  Snehalaya observed silence to mark the death of the young woman and later demanded stringent punishment for the accused.

Snehalaya called for firm & strict action so that such an incident is not repeated in the future. The march started from Gram Panchayat of village Nimblak and proceeded at the same after the whole round of village.

In a condolence message, Anil Gawade, Asst. Secretory of Snehalaya said it’s a wake-up call; she may be our sister or mother if we remain silent after such heinous incidents. Mr. Vilasrao Lamkhede, Sarpanch of village Nimblak said the death of the young woman should prompt the framing of new and strong laws. He also demanded death penalty for the accused, otherwise common people will do it.

All the people observed a two-minute silence in memory of the departed soul and formed a human chain. At the end, 'An oath' was given to present members to avoid such incidents in future & fight with them if it happens again.

Hundreds of local villagers joined the candlelight vigil at village Nimblak to pay tribute to the gang-rape victim. Let’s take a pledge to channelise these emotions and energies into a constructive course of action for a better future.
Posted by Snehalaya at 10:15 PM No comments: 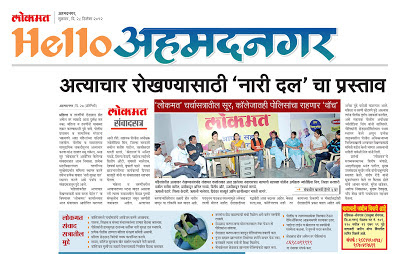 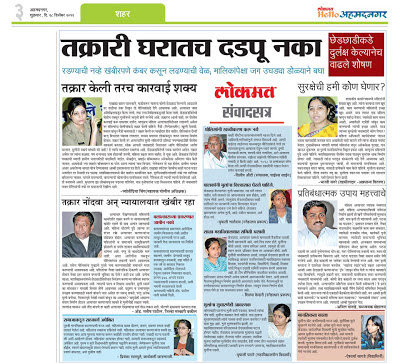 Posted by Snehalaya at 1:41 AM No comments: 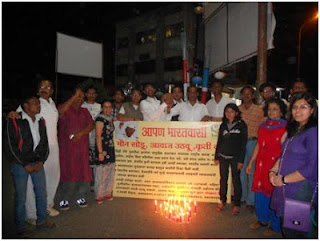 
Snehalaya has taken another one step ahead for changing the lives of women in prostitution.
Recently Snehalaya’s Snehjyot project inaugurated a vocational training centre for women who want to quit the prostitute line in Shrirampur city red-light area.  The program is jointly conducted by Snehalaya and Zilha Parishad, Ahmednagar. The main object behind starting the centre is rehabilitation of women.  The vocational training center is offering a vocational course of tailoring through this centre. 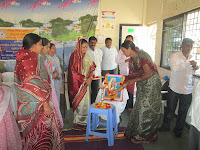 During the inauguration ceremony, honorable guests were presented and many women from the flesh trade participated in the same. Project Snehjyot play a key role in organizing this programme. We hope this centre will be a ray of light for women wanting to leave the flesh trade.

Posted by Snehalaya at 3:27 AM No comments:


Snehalaya’s Center of Hope is now becoming a well-known IT institute in Nagar city. It provides computer courses not only at basic level but also professional level. The IT center provides some popular and demanded courses with quality education to children in slums and poor children. The center also tries to influence students by offering various programmes and seminars. 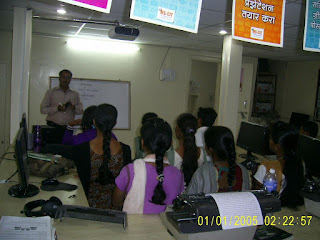 Recently on 17th & 19th Dec. 2012, the IT center had conducted a free entry seminar on “2D Animation” and “Accounting Software Tally ERP 9.0” at Center of Hope, Ahmednagar. Mr. Anant Takpirev had conducted the seminar on 2D animation. He explained what animation is and what exactly the use of it is in current phenomenon.  He also cleared different doubts in the minds of participants.  50 persons participated in this seminar.  Mr. Sanjay Pawar had conducted the seminar on Tally Package 9.0.  Mr. Pawar had given information related to accounting practices to the participants.  He included various terms of accounting in practice as well in Tally software like VAT, taxation, depreciation, profit & loss account, balance sheet statement and various statute information related to accounting. 30 persons were present for this lecture. Nowadays, knowledge of computerized accounting is essential for an accountant. 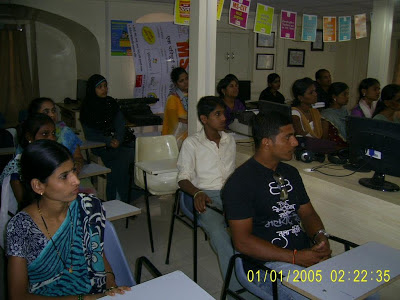 Posted by Snehalaya at 3:06 AM No comments: 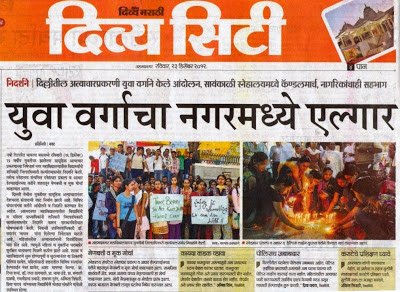 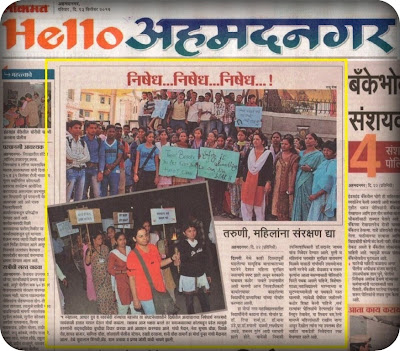 Posted by Snehalaya at 12:37 AM No comments: 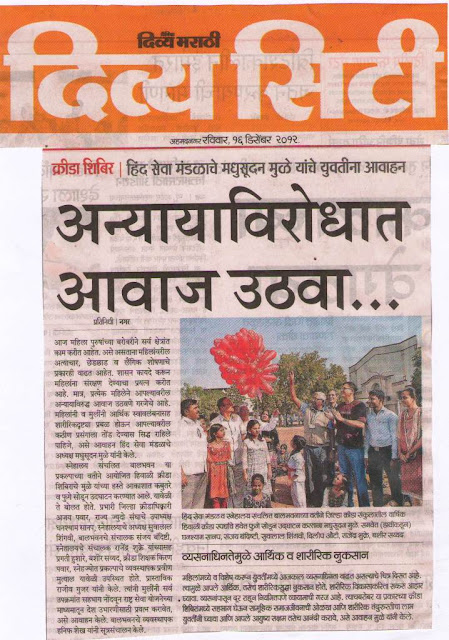 Posted by Snehalaya at 1:07 AM No comments: 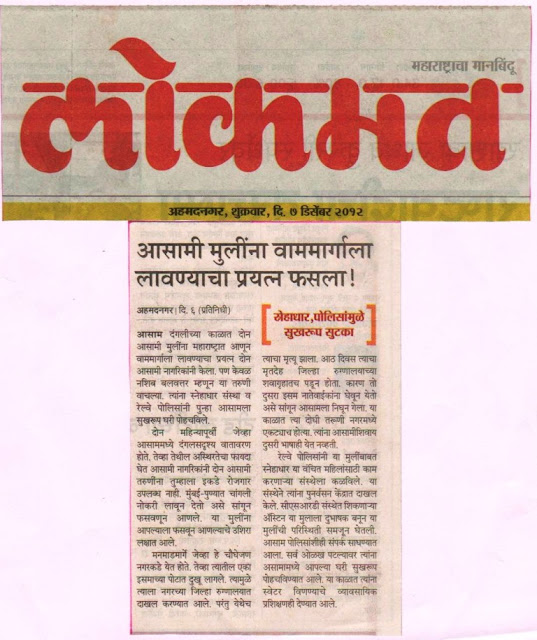 Posted by Snehalaya at 12:24 AM No comments: 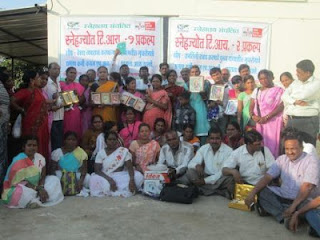 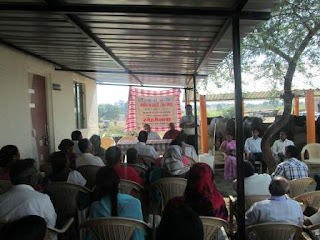 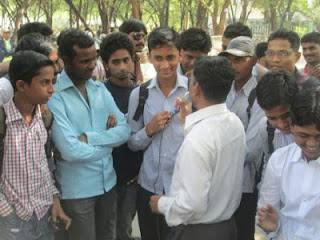 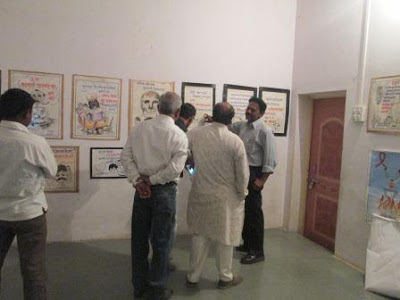 Posted by Snehalaya at 3:32 AM No comments:

Snehalaya has organized various awareness programs and a social get-together during the week of 1st to 7th December, 2012, on event of World AIDS Week.

Snehalaya has been working for HIV-affected women and children for the last 25 years, which has included creating awareness, providing medical assistance & providing shelter.

On 1st December, 2012, Snehalya & Government District Hospital have organized jointly "Awareness Rally" beginning at 8:30am.  Also in evening at 4pm, District Officer Shri Shivaji Jadhav's will be addressing all on the subject "Living with HIV"at Snehalaya Sankul, MIDC, Ahmednagar.

On 3rd December, 2012 , a social get-together for the HIV-affected community will be organized at Snehalya's Islak -Himmatgram project

On 4th December, 2012 , a candlelight march is being organized in the evening, 6:30pm at Ahmednagar city, in memory of those who have died because of HIV/AIDS.

On 5th December, 2012, a special program and question-answer session is being organized for youth (including college-going students in Ahmednagar) entitled "Communicate to Know HIV/AIDS."

On 7th December, 2012, youth from Arts & Handicrafts College will arrange a poster exhibition at Snehalaya to create awareness for the society. 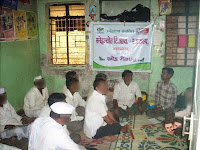 Recently Snehalaya’s Snehjyot MSM project had organized a get-together program entitled “Sneh Melava.”   The program was held on 25th November at Shevgaon Drop-In Center (DIC), Ahmednagar.  Project Snehjyot MSM is now working with 800 clients who belong to the Men Sex with Men community.  HIV prevention is a main objective of this project and it also undertakes activity programming for creating awareness of it within the community.


On the occasion of Diwali festival day’s programme Sneh Melava was conducted. The main objective of this programme was to motivate and further the work of Tehsil committee and design the next action plan. Team Snehjyot MSM had guided and answered questions from present members of the community.

Posted by Snehalaya at 11:16 PM No comments: