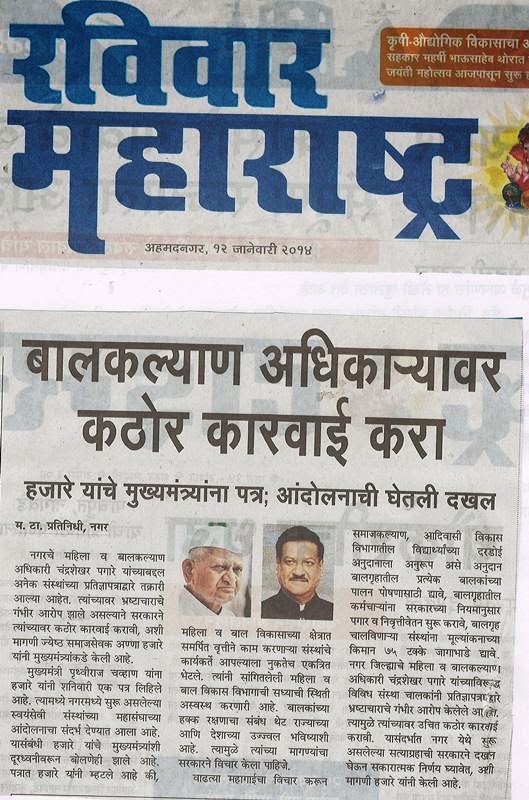 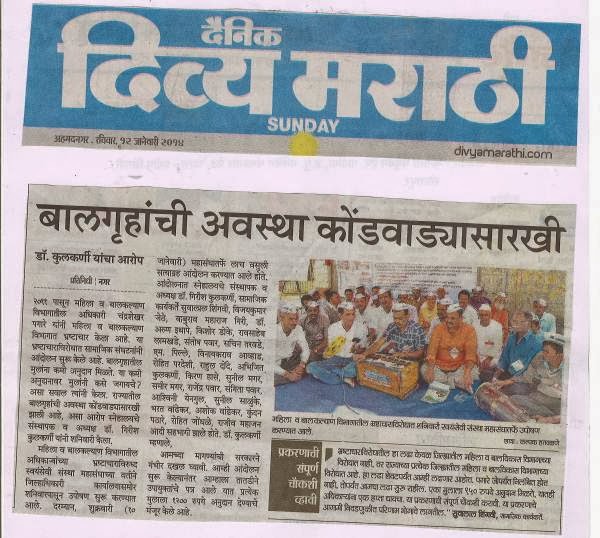 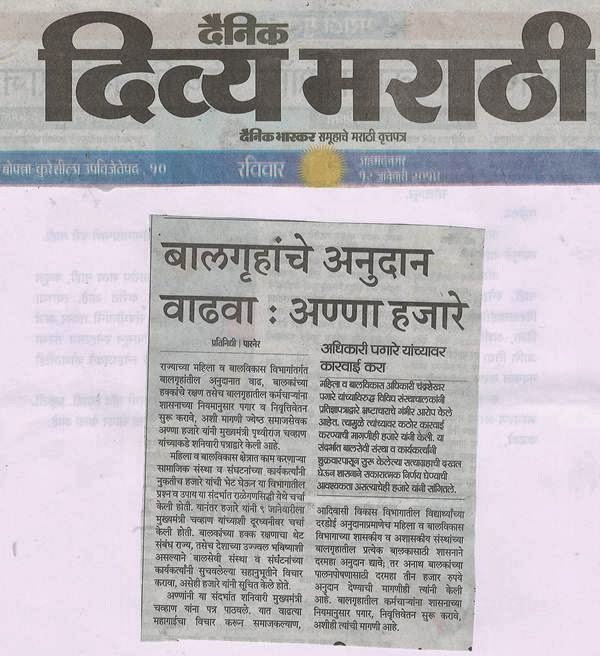 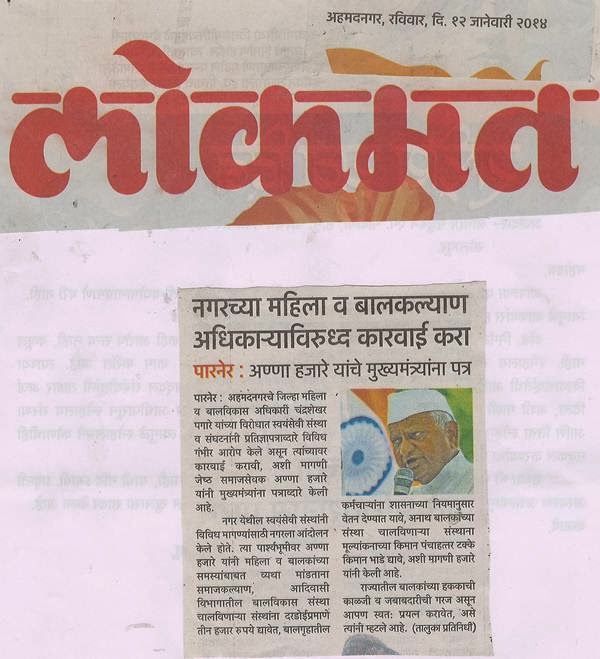 Posted by Snehalaya at 10:57 PM No comments:


Hunger strike in front of District collector office at Ahmednagar against the corruption in the Department of Women and Child Development.(D.W.C.D.) in this strike lot of NGO's representative was participated.10/1/2014 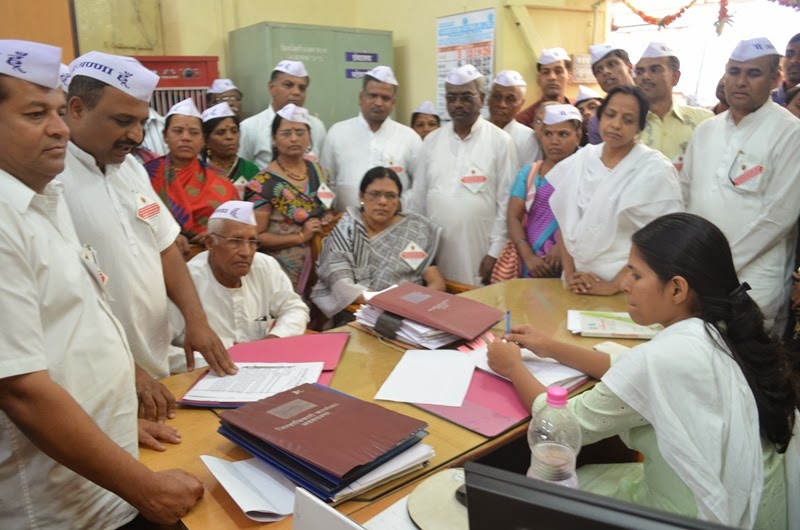 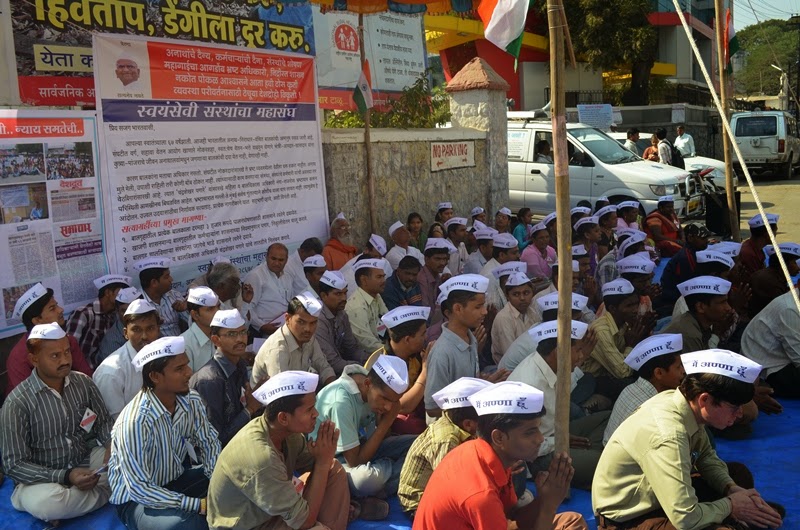 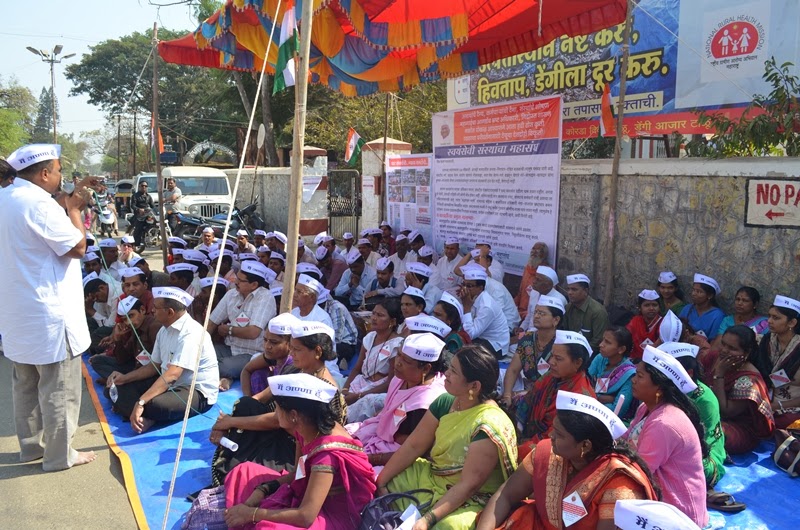 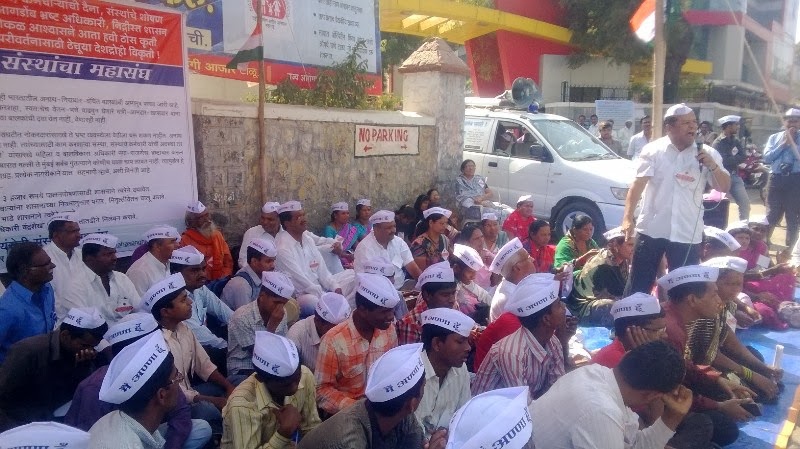 Posted by Snehalaya at 12:19 AM No comments:


Kundan Pathare coordinator of  Child Line Ahmednagar felicitated with “Bravery Award”
Mr.Kundan Pathare is engaged in Child Line activities, as a coordinator since 2006 & handles the cases related to children below 18 years. He has to deal with many complicated issues, cases ranging from providing shelter & education facility to every children as well as victims of rape cases, Child abuse  & child marriage cases. Many times Child Line team member has to face the strong opposition by the relatives and villagers, mainly in cases of Child marriage. Sometimes the team is threatened of dire consequences & at such times we face the situations taking the help of police dept .We have focus on protecting the child life & maintaining the law & order.
On the occasion of Guru Govindsinghji’s birth anniversary & in memory of Harnamsingh Vadhva, Vadhava family gave ‘Bravery Award’ & felicitated Mr. Kundan Pathare, at Ahmednagar on 5th January 2014.
Posted by Snehalaya at 4:18 AM No comments: