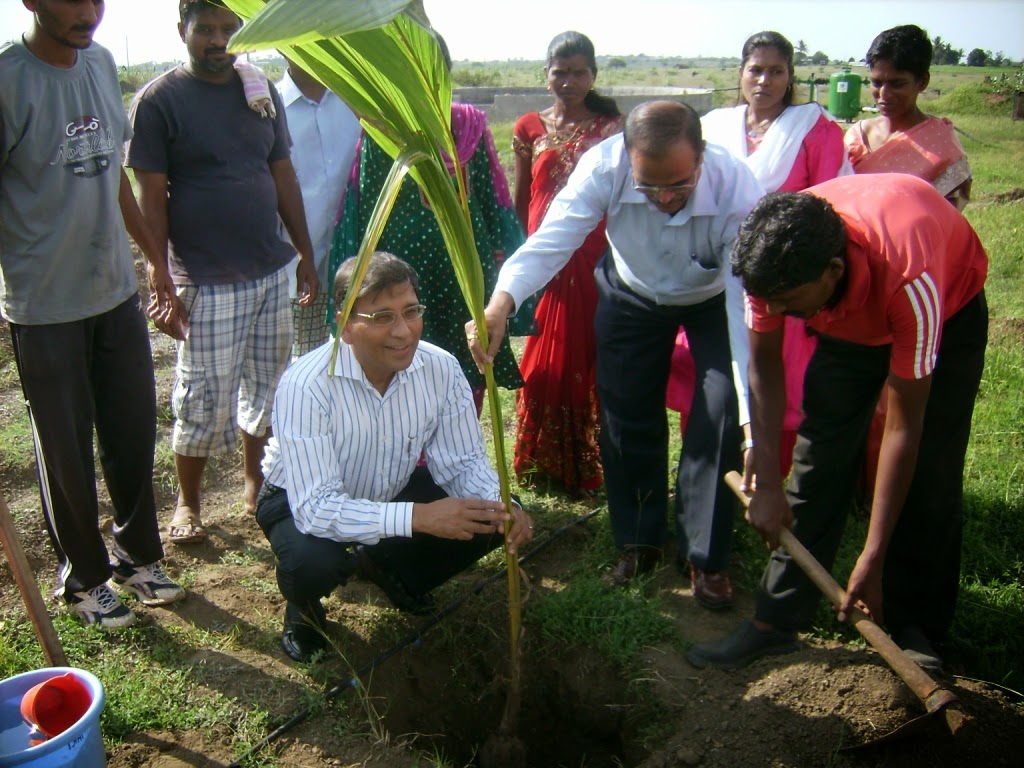 Ramchandra Deshpande : Secretary of L & T Public Charitable Trust inaugurated the first phase (250 saplings) of the ambitious project to plant 1001 fruit tree saplings in Himmatgram. This is a part of the CSR work that L&T does for the community and the lead role was taken by L&T’s Dr.Rishabh Firodiya and Shri Ishwar Hande. The saplings after a few years will provide nutritious fruits daily to the beneficiaries in Snehalaya – especially for the HIV+ women & children whose immune system has already deteriorated. L&T's sponsorship will perpetually benefit hundreds of hapless women & children, and will show-case the Environmental CSR of L & T. Snehalaya family-members are extremely grateful to L&T for its long-term commitment to serve under-privileged women & children.

Posted by Snehalaya at 10:48 PM No comments: 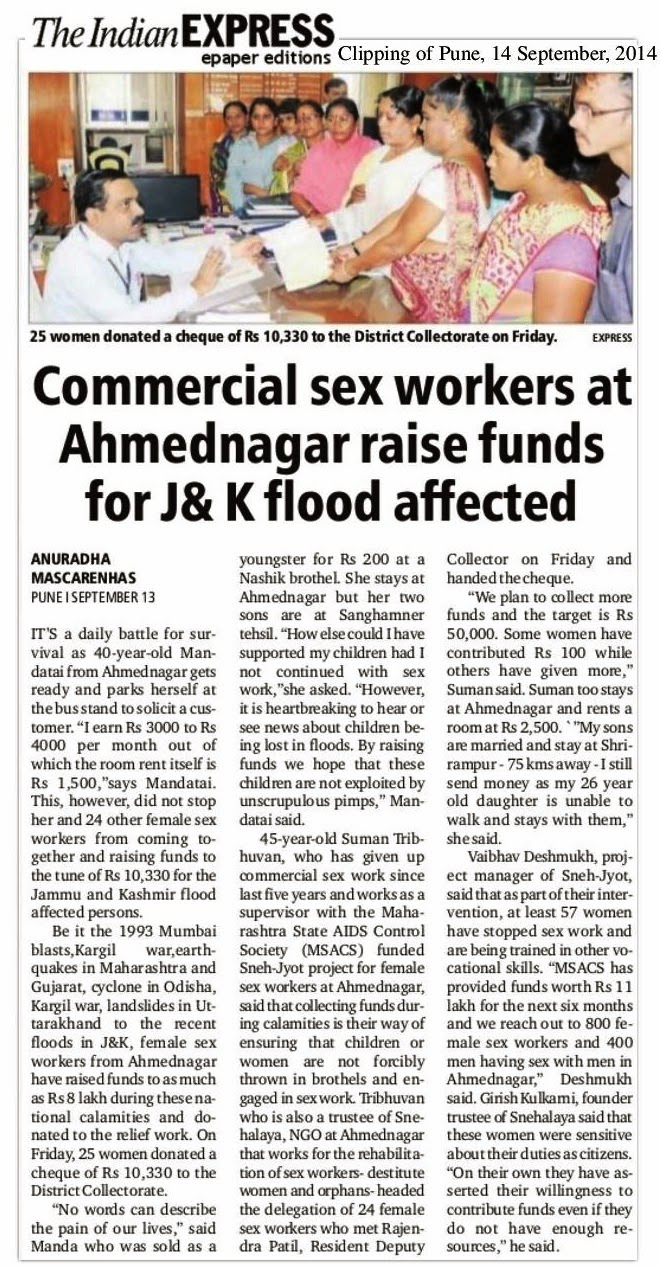 Posted by Snehalaya at 3:34 AM No comments:

As you know and aware about the constructive work of Snehalaya within the society on various social issues. Snehalaya is currently working through 14 separate project units, each having a separate and distinct identity and object and separately control cost center.

We are listing Snehalaya at various National and Global forums like Give India, Global Giving, Indian NGOs etc. We are participate in 6th India Giving Challenge 2014 started by GiveIndia, this online campaign is started on 9th September and will end on 30th October. We set Rs. 2,45,000 as a target for the period.  Please visit the online giving page http://www.giveindia.org/iGive-SnehalayaIGC2014 for more information. There are also having special Matching Grant offers for NGOs but minimum 100 donors have to donate through this challenge. Please donate through iGive and also spared the message among your friends, relatives and colleagues.

Thanks with warm regards,
Ambadas Chauhan
COO
+919011020171
P.S. For those who wish to know about the prizes, please click on the link http://www.giveindia.org/t-india-giving-challenge-2014-matching-grant.aspx 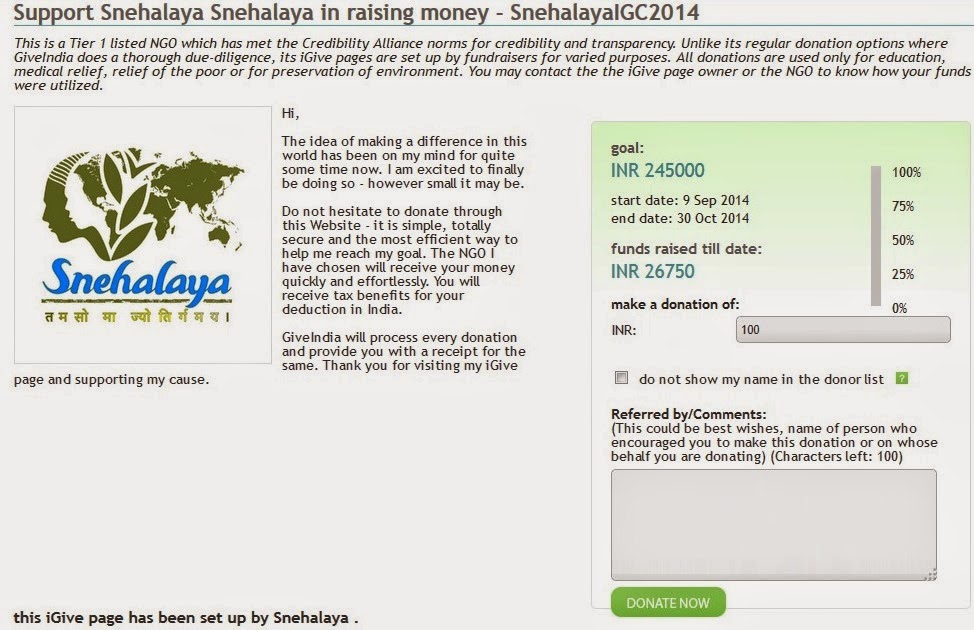 Contributed in National calamity in Jammu and Kashmir

Hope all is well at your end.

Rs.10321/- for Chief Minister's relief fund for the flood affected citizens of in Jammu and Kashmir. Today, they handed over the contribution to Mr. Rajendrakumar Patil, the resident deputy collector, at Ahmednagar, told Mr. Suman Tribhuvan, a trustee of Snehalaya, the ngo working for the rehabilitation of the prostitutes to P.T.I.


The prostitutes in Ahmednagar have  contributed in every national calamity in last 25 years. It includes the 1st serial blast in Mumbai in 1993, Earth quakes in Marathwada & Gujarat, Kargil war, Tsunami, Cyclone in Odisha, Drought in Maharashtra, Land slides in Uttarakhand last year etc. The women fight for the justice. But at the same time they are sensitive and serious about their duties as citizen.

The victim women have also contributed to express and times relief funds, daily Sakal relief fund in the past in various calamities.
Posted by Snehalaya at 12:19 AM No comments: