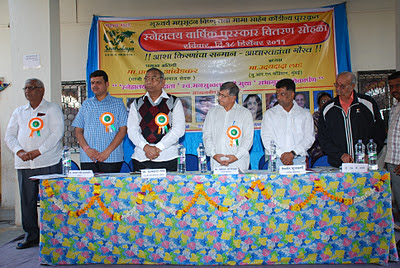 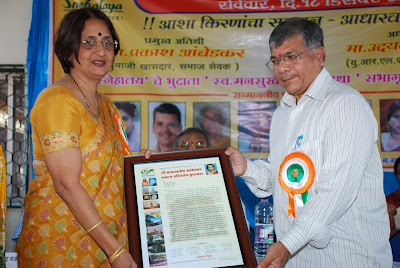 Several selfless grass-root social workers were honored with various  awards today.  Each award was including Rs. 11 thousand and a scroll of honor.  This was the 11th year of the award ceremony, which began with a fund donated by veteran social worker Mr. Madhusudan alias Mama Kaundinya. 10 years ago, Hon. Mama Kaundinya had given his life earnings as a donation to Snehalaya. We deposited this contribution and started motivating the people who are doing extraordinary work for betterment of society through these awards.

Hon. Prakash Ambedkar, Mr. Udayji Lad and Mr. Sharad Mutha honored the selected social workers on behalf of Snehalaya. Mr. Devendra Fadanvis (MLA, Nagpur) expressed his feeling with gratitude on behalf of all the awardees. He said that,they all have received a great honor and to always remember it. The people of Maharashtra state have great expectations from him and he always strives to fulfill them as a member of Vidhansabha.
Dr. Prakash Ambedkar told in his speech that the current circumstance shows that India is going through a serious social situation. It is not because of an increase in the numbers of bad people, but it is only because of ‘silence’ (inactive and insensible) of good people. Hence, everyone should resist and raise voices against the anti-social activities and one day ‘India’ will gain  its old glory again.
Mr. Udayji Lad declared the contribution of Rs. 1 Lakh to Snehalaya by his URL Foundation.
The following people were honored:
Posted by Snehalaya at 9:36 PM No comments: 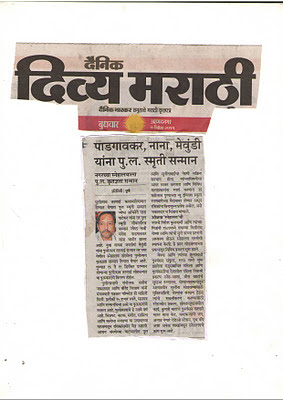 Posted by Snehalaya at 1:40 AM No comments: 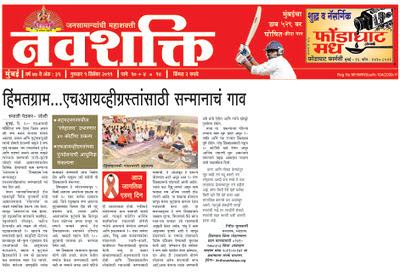 Posted by Snehalaya at 10:15 PM No comments: