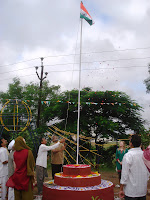 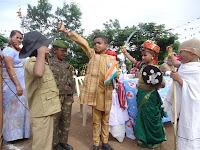 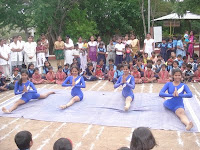 In the evening, the common birthday of Snehalaya’s children was celebrated at Anand Mela, a Fun Fair. The program involved a dance competition, an enactment of the Independence movement, and songs performed by the children. Mr. Krusnaprakash (Supt. of Police) was present for the program and praised the children for their efforts. Everyone wished good health and long life to the children.
Posted by Snehalaya at 3:03 AM 1 comment: