Women Asking Question To Lord Krishna:
What do you think.
Posted by Snehalaya at 4:50 AM 8 comments:

2 April,2015  (Thursday)
Dear all,
It gives immense pleasure to Share with you all that yesterday on the eve of Lord Mahavira Birth Anniversary Anand Jain School from Vardhamaan Jain Shavak Sangha (Rahata) visited Snehalaya under Bapujis guidance.
On this special occasion students from the school performed some devotional,Cultural events & gave speech.Devendraji Munoot & Sunitaji Jain Guided the students during the program.Also some teachers like Sonali Munoot & Badatai Munoot coordinated them.
Rameshchandraji Sand (Sr.Shravak) of the Sangha was present on dies with Bapuji,Snehalayas patron.They expressed their valuable thoughts & guided the kids.The program was conducted at Alliance hall,there was great attendance of children & Snehalayas Staff.After the event distribution of Sweets was carried out at Dinning hall of Snehalaya & Donation was given in PRO dept. 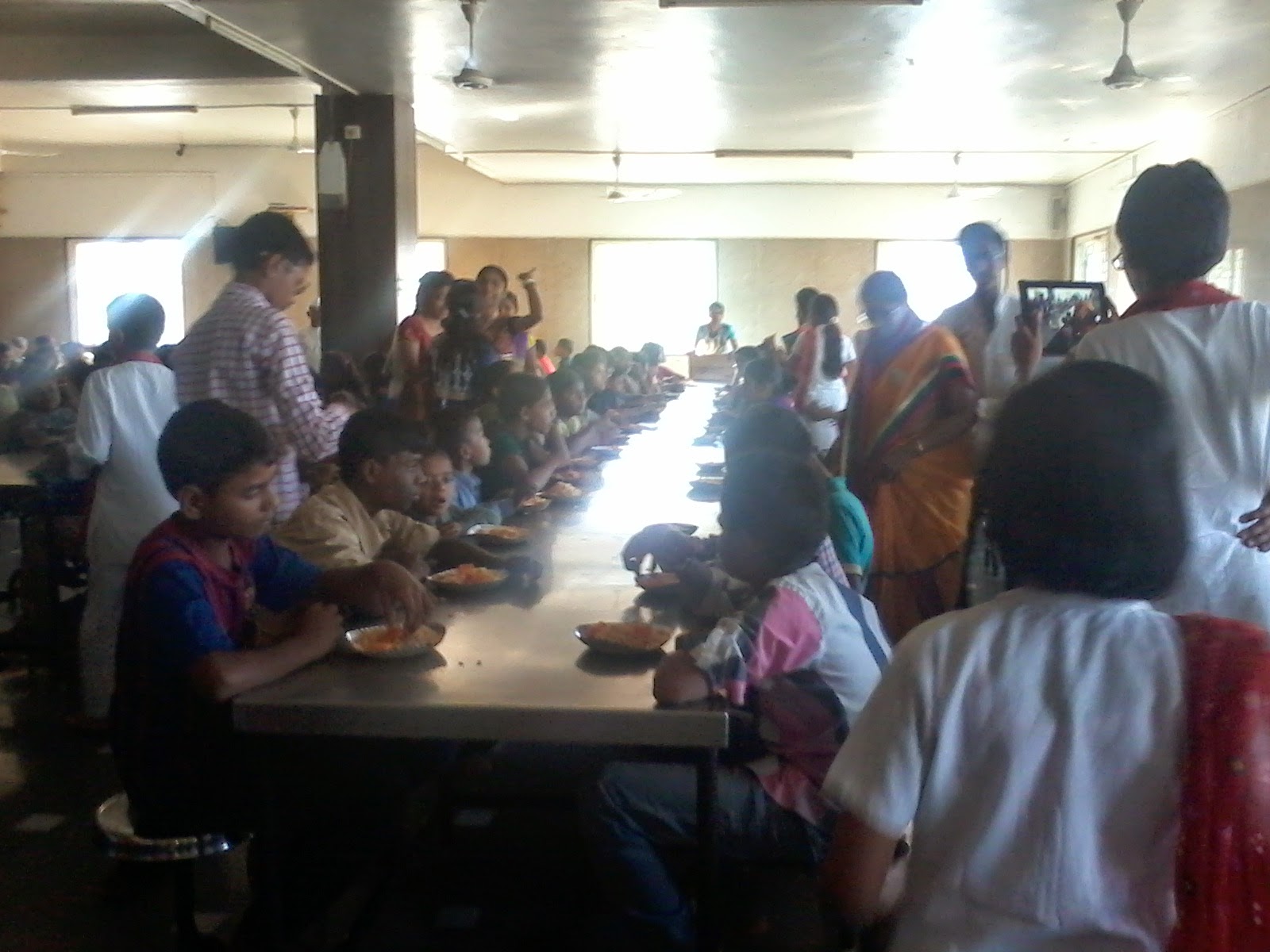 Sunitaji Jain carried out anchoring & Ms.Chitra gave vote of thanks.

A 17 years minor girl trafficked from Dhumbri village, Baksa dist. in Assam was rescued from Pune by Ahmednagar Childline and Snehalaya on 1st April,2015.
A girl was moved to Delhi with her 21 yrs. old elder brother of in search of bread and butter. They both were staying in Noida with the help of distant relatives. Hilarus, a brother got a job in Automobile shop and moved to Ahmednagar in November 2014. Relatives informed that a girl was absconded from 1 st Jan. 2015. The brother was searching her in Assam and Delhi region.
Last week, Hilarus received a call by her sister. She told that she was locked in one home where she has to do all the house work. The number of Mr. Tejpreet Singh from Pune who brought her to Pune from Delhi. Hilarus shared his story to Mr. Satnam singh, his employer who migrated from Delhi to Ahmednagar. Mr. Satnam Singh approached to Ahmednagar Childline & Snehalaya with this complaints. Mr. Amar Madhyan, the volunteer of Snehalaya, Alim Pathan (a team member of Childline) & others went to Pune with Hilarus. Our team called Mr. Tejpreet singh and asked about the girl. But he said that he had given 37,000/- rupees to Sanjeevkumar from Delhi who supplied this minor girl to them. Tejpreet singh clearly told that he will not talk to any other but only Mr. Sanjeevkumar. Then our team has approached to Mrs. Neeta Misal, the P.I. of social security cell of Police department in Pune. A girl was rescued from flat no. 504 , B-1, Roje Parade, Kondhwa, Pune. The legal work is going on.
The rescued girl and her brother came to Snehalaya today to express their gratitude.
Thanks.
Posted by Snehalaya at 2:09 AM 3 comments: