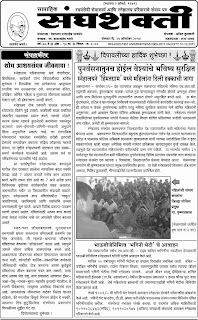 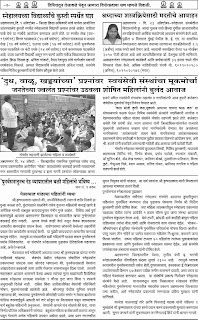 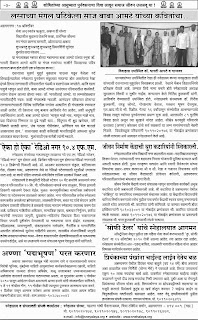 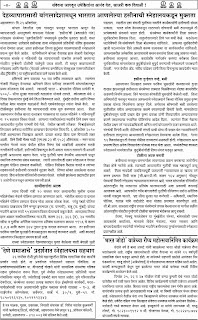 Posted by Snehalaya at 5:03 AM No comments:

Appeal for donations to save Shraddha's life. 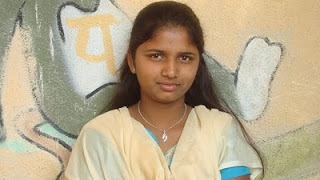 Shraddha Gulabrao Sathe is an orphan girl in Snehalaya Rehabiliation center.  As a  dedicated student, she took up a vocational course in Nursing at Auxilium Community College, Savedi, Ahmednagar.  She successfully completed the course and joined Dr. Hemant Deshpande Hospital for internship, 6 months ago. She has been a very prompt and skilled Nurse and was promoted in a very short time for being a  caring and patient friendly.
Last month, she started complaining of stomach pains and Dr. Deshpande diagnosed that she is suffering from a rare condition of acute Budd Chirai Syndrome. She has  been taking treatment at Swastya Hospital. Because of accumulation of fluid, a condition called Ascites  she is unable to even sit, because of the pain.
Every six hours the fluid has to be extracted out of her abdomen in a painful procedure just to keep her alive. She has not able to take any food for the last 30 days. Now her condition has worsened and we have admitted her to K.E.M. Hospital, Mumbai under observation of Dr. Deshmukh (International Radiologist).  She has been advised to undergo  a major surgery within next 7 days.  The doctor believes that she can survive and can lead a normal life post surgery.  The estimated expense of the operation is Rs. 2.5 Lakhs. (Approx US $ 5,000)
While Snehalaya tries to provide the best possible care for all our inmates, we are unable to manage this huge unplanned expense for one inmagte. We appeal to all our well wishers to donate generously to save the life of Shradha, who is fighting for survival.
You can send your donations by sending  a cheque to KEM hospital and mention the patient name (Ms. Shraddha Gulabrao Sathe).  The address is KEM Hospital, Acharya Donde Marg, Parel. Mumbai 400012. India.  Phone # +91 22 2413 6051
Alternatively, you can send your donations to Snehalaya directly. This will ensure you get the tax benefit for your donation.   Donations to Snehalaya can be  made by any of the following means.
By Cheque / Demand draft
Please make the payment by cheque or demand draft in in favor of 'Snehalaya' payable at Ahmadnagar, Maharashtra.
Send the cheque / demand draft by post to below address
Snehalaya Bhavan, Opp Chitra Theatre,
Near Mahatma Gandhi Maidan, Ahmednagar, Maharashtra, India. 414001.
Telephone: + 91 241 2327593, + 91 241 2327555,+ 91 241 2778656
Fax: + 91 241 2323772
By Bank Transfer (In country Donations)
Bank Name: HDFC Bank
Branch: Market Yard Branch, Ahmednagar, Maharashtra, India
Account Number: 01811000053339
Name of Account holder: Snehalaya
Type of account: Savings Account
9 digit MICR number : 414002001
RTGS/IFSC Code: HDFC0000181
By Bank Transfer (Foreign Donations)
Bank Name: State Bank of India
Branch: Main Branch, Ahmednagar, Maharashtra,  India
Account Number: 11117726495
Name of Account holder : Snehalaya
9 digit MICR number : 414002001
Type of account: Current Account
SWIFT Code/ Remittance Instructions: SBININBB507
Posted by Snehalaya at 5:17 AM No comments: 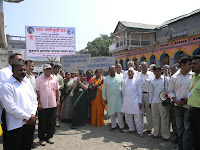 A MUTE march organized by Snehalaya expressed unrest in the civil society very loudly yesterday. The burning issues of adulterated milk, sand looting from rivers, the conditions of the basic amenities in slum; the harassment of sex workers  were the major issues addressed by this MUTE March. About 800 civil society members and several NGOs joined this unique march to district Collectorate  office.


This mute march, yet again highlighted the long standing demands of the district civil society. 1) Design a  holistic project for rehabilitation of prostitutes. 2)  Take strong action against the sellers of adulterated milk 3) Stop the sand lobby and miners from illegal excavation of sands from the river beds 4) provide basic facilities in the slums. 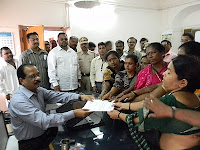 
Mr. Nanasaheb Bothe,  Additional Collector had detailed discussions with agitators.  He assured the protesting people that he would convey the demands  to the Chief Minister of Maharashtra to take appropriate action. We eagerly wait to see the outcome of this assurance.

"The Police will not allow the brothels, will take strong actions against the brothel keepers, pints, procurers and on clients in case of minor victim under the PITA (prevention of immoral trafficking) act. We would like to support the unique initiatives of Snehalaya for the Rehabilitation and empowerment of victim women", said Mr. Krishna Prakash, the District Police Chief of Ahmednagar.
Mr. Krishna Prakash was addressing a huge gathering of victim women in red light areas of Ahmednagar district. More than 400 women were present from all parts of Ahmednagar district. These women have raised issues of their survival as all the red light areas are closed since 3 months following 30 police raids on brothels. For the first time in the district, the Police have used PITA act against the brothel keepers than against victim women. This is dramatic change in the attitude of police in addressing the issue.


Commercial sex workers have complained that no concrete steps were taken by the government for their rehabilitation till this date. All women have unanimously agreed to give up prostitution if they support by their shelter and jobs. Smt. Jaya Jogdand said that politicians, bureaucrats and sugar baron have ammassed thousands of acres of land in the district but the exploited women have no place to live.  The women  and Snehalaya have submitted more than 3 dozan proposals for the land. The Smt. Meena shined, Gaeta More, Suita Unawake also expressed similar feelings. 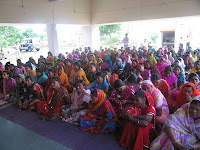 Snehalaya along with this women have submitted several applications to government. To start the process of rehabilitation Snehalaya has given 2 pieces  of land (of 1000 sq. feet each) to 2 victim women in prostitution to create the new life  in the project Himmat Gram.  Along with shelter, the women will be provided free treatment for de-addition, water, electricity, and ration till they find an employment .  Snehalaya has decided to share 2 acres of owned land among 80 women. For the first time the NGO is taking the direct action and to shift the women from red-light areas to normal human life by assuring a right over land.   Snehalaya is hopeful about the experiment.  Himmatgram project will created a developed self sustained village  with  it's own work in Agriculture, Horticulture, Dairy, Nursery Unit, pipeline from water storage tank. Snehalaya needs financial recourses to shoulder this challenge.

Posted by Snehalaya at 11:40 PM No comments: 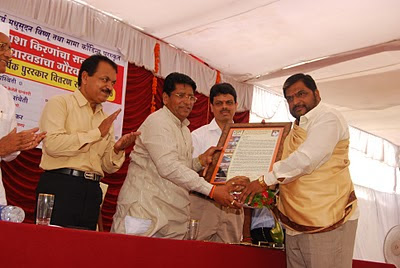 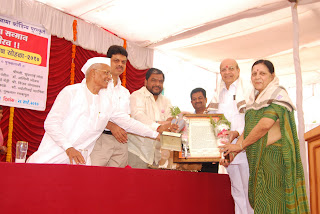