Hearty Greetings and Best Wishes at the beginning of the festive season of Diwali. Praying to the Almighty to always shower his merciful blessings on you and your family. May this Diwali bring all the Joys, Happiness, Contentment and Fulfillment that you wish for! 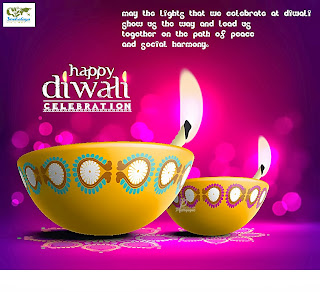 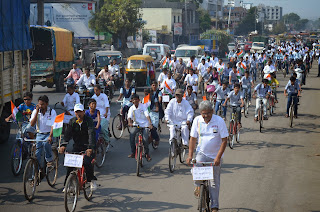 On 22nd October 2013 a massive cycle rally was organized in Ahmednagar by all the Snehalaya family special contribution from Snehadhar team of Snehalaya in the name of ‘Samvedna Jagruti Cycle Rally’ to highlight and protest atrocities on women. In this Bicycle rally more than 300 members were participated. The other social organization from Ahmednagar and volunteers from all the age group got participated to spread the message of stopping crimes against women and sought cooperation of each person to prevent them.
Ms. Swati Bhatkal from the team of Aamir Khan’s show Satyamev Jayate gave a motivational speech she said,” A proper mental balance should be kept and behavior with women in the society must improve to make every citizen safe while on streets, it’s not only the responsibility of police to stop crime every citizen is responsible to fight crimes against women.”
The cycle rally was lead by social activists Mr. Hiralalji Yadav. The rally begin from Wadia Park, Ahmednagar by giving the green flag signal from the District Collector Dr. Sanjeev Kumar and District SP Mr. Raosaheb Shinde and it finish at Rehabilitation Center of Snehalaya, MIDC, Ahmednagar.
Posted by Snehalaya at 3:56 AM 2 comments: